Are You Emotionally Castrating Your Man?

Are You Emotionally Castrating Your Man? 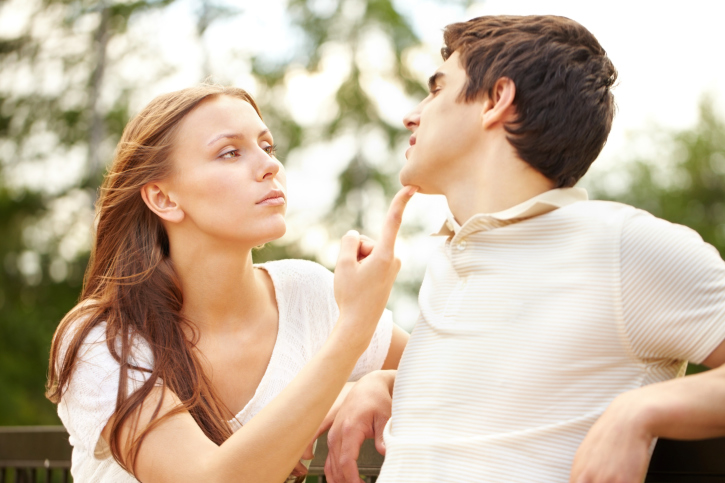 There are few things that can be as devastating to a romantic relationship as a woman who emotionally castrates or emasculates her man. Unfortunately, it happens more often than you might think.

Before this comes across as being strongly accusatory, it is worth noting that most women do NOT do this intentionally. It has a lot to do with how differently men and women are wired. What is acceptable for women is not always acceptable for men, and vice versa.

The sole purpose of this article is to provide women with a better understanding of what emotional castration actually is and how it can work to drive a nail into your relationship coffin if the behavior isn’t changed.  One of the keys to long-lasting, happy relationships is to treat each other with love, compassion, and respect which is severely compromised if you are emotionally castrating your partner on a regular basis.

Emotional castration is a type of emasculation in which a woman, usually unintentionally, in some way, denies the sincerity of a man’s feelings or desires, subsequently making him feel insignificant, weak or useless.

In a more simplified explanation, she attacks the emotional masculinity of his actions and words.

Most men come across as being absent of emotion, which is absolutely not the case. Men simply have a different method of expressing and dealing with their emotions. Unfortunately, this can lead to the perception that they are impervious to emotional assault. In truth, emotional castration is not the result of a woman being mean spirited, but it is primarily the result of simply not understanding how to engage her man in the manner in which she can ensure that her needs are met and her concerns are engaged, without detracting from him. Sometimes, it is simply the result of engaging an issue without considering or understanding the differences between her man and herself.

Following, are several actions that are almost certain to emotionally castrate your man:

No matter how hard or tough your man seems on the exterior, he has a strong fear of and disdain for rejection.

This is due to the fact that men are wired to seek affirmation from the women that they love. Men normally have difficulty with expressing the way they feel, so when they express themselves, and you reject them or tell them that they are lying, you emotionally castrate them, and their response will be to shut down or give up.

One of the top reasons men give for not complimenting their women, or attempting to be romantic with them, is the fear of being rejected.

One form of castration that is sure to shut your man down and create distance is to insult or humiliate him in front of others. Embarrassing your man in public is diametrically opposed to healthy relationship habits. A partner finds their strength in covering the vulnerabilities of their significant other, not exposing them.

This is really tricky to understand, but it is extremely common with women. A blind spot castration is when you almost immediately follow a compliment to your man that lifts his spirit and ego with some critical assessment. The critical assessment not only destroys any benefit of the compliment that preceded it, but it also catches him completely off guard and totally deflates his spirit and kills the moment.
When this is done consistently, it will actually lead to your man becoming highly anxious following any compliments you may give him.

This is probably the most popular form of emotional castration of men, and it absolutely drives them nuts. Bear trapping is that situation in which nothing your man says is going to matter in the current discussion or argument. You have made up in your mind that you are right, so now you are listening only for the purpose of responding instead of understanding. This makes a man feel completely helpless, not a feeling that anyone likes.

The key to overcoming this type of behavior is simple — gratitude and appreciation. Learn to give a significant amount of gravity to the effort of your man. Take the time to consider that any time he opens up to you, he is placing himself in a vulnerable position that he is not comfortable with. That alone is indicative of the fact that he cares.

Be receptive of his compliments and actions toward you. He needs to be affirmed and received.

The Next Step in “Getting Him”

Men can be extremely difficult to understand simply because we operate and think much differently than women.  Having compiled results from tens of thousands of men he surveyed, Mike gives it to you straight about the (often shocking) truth about men, how they think, why they act the way they do, and how you can find the man who will want to create a life with you, not just use you.

This is the best, most comprehensive, RAW information on men I have ever come across.  Here is that link again to watch what men DESPERATELY want you to know but could never tell you: The Secret Survey.