Does He Have A Thing For You? Here’s How to Tell for Sure 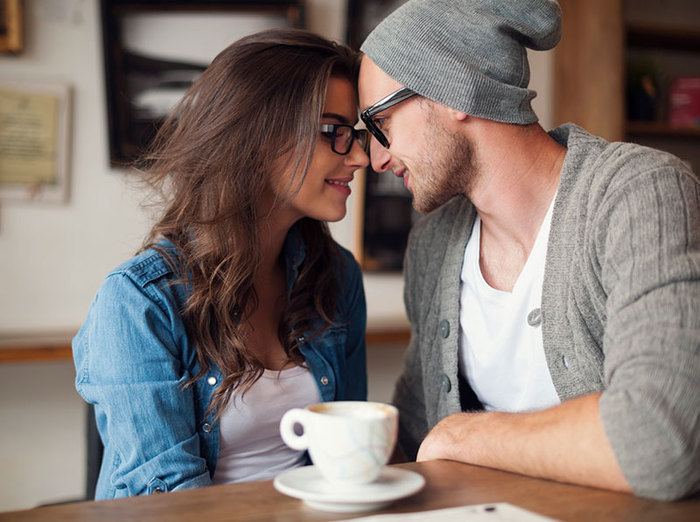 “Is he flirting or just being friendly?”

“Is he really into you or does he just want to get to your friend…?”

“Is he only interested in sex … or is there a relationship potential?”

“Is he just too shy to ask me out even though he really wants to? Should I make the first move?”

Understanding men and their weird signs and signals is tough. Women are told from a young age that if a boy picks on you and laughs at you, he likes you.

Furthermore, we’re supposed to ignore and play hard to get with them in return.

How can we be nice to you if we’re ignoring you!?

Plus! Are you going to respond by being nice back, or should we expect hate mail (that should be interpreted as an invitation to a date because you actually like us)?

All this Does he or doesn’t he talk has our heads spinning!

We just want to know if you’re into us or not!

If you’ve found yourself in this predicament as well, know that there is hope. Below are 10 surefire ways to predict if a man is truly into you or not.

If he says something weird when you talk, don’t take it too seriously. In fact, take it as a compliment! Awkwardness is a hallmark sign that a guy likes you.

Men who are nervous about showing their true feelings are not going to lay down the red carpet because that’s too obvious. But look for the little things: holding a door open, picking something up off the floor, getting your coffee order.

If he adds you, that means he searched for you, which means he thought about you. Which probably means he’s into you!

You’re chatting one day, and he asks you how that field hockey tournament of your niece’s went last week? Wha? Huh? Even you forgot about that one. Yet he oddly remembered… interesting…

If you don’t know this guy very well and then all the sudden you see him again, check to see if he’s remembered your name. If he has, that’s a great sign. And it’s also good to remember his because these signs go both ways!

Ever catch a guy looking at you? Good sign. Maybe he’s not gazing longingly. And that’s ok. But if he’s sort of glancing, and you catch him doing this more than a few times, chances are, he’s got the hots for you.

This one harkens right back to preschool. A man who playfully teases you is singling you out, and being singled out is definitely a good thing.

Are you with all your girlfriends from work and then he’s there also? Did he join your gym even though he hates working out? Has he suddenly developed a taste for Asian food when you live in Chinatown? Chances are he’s not actually there for his own enjoyment …

This can go either way. If he texts you right away, that’s always good. But men also think they have to abide by that crazy 3-day rule, and some of them are quite stuck on it. So if you get a text from him 3 days later, you’ll know why.

Finally, he figures out a way to see you or talk to you. This is a major one and one that supersedes all the others.

It’s important to remember that all men are different. Two guys who like you equally are going to perhaps do incredibly different things to get your attention and try to ask you out. A shyer guy may never ask you out, but he might throw out every other imaginable sign to try and get you to notice him.

A very outgoing, extroverted fella will likely cruise right up to you and tell you he’s into you.

Someone in between these two extremes is going to likely test the waters by doing something like buying you a drink or asking you if you’re going to “that thing on Saturday.”

So where does that leave you?

With this: If a guy is truly into you, He’ll find a way to show you.

He’ll get your number from a mutual friend. He’ll randomly be at your neighborhood grocery store one day. He’ll email you with a not-actually-very-important question.

He’ll find a way. And if you know how to spot and look for how hard he’s really trying … just give him a little piece of encouragement back. It might be all he needs to actually say the words, “Wanna get a drink some time?”

And it’s all history from there.