How To Generate Surefire Attraction With The Opposite Sex

How To Generate Surefire Attraction With The Opposite Sex 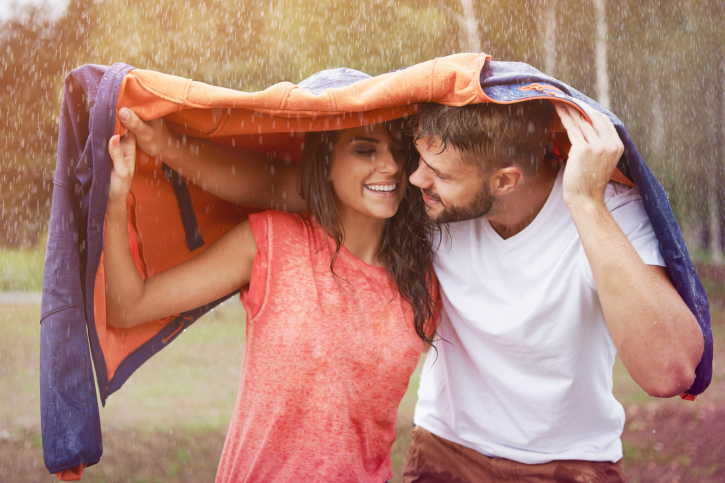 Have you ever worked with, or have friends who just seem programmed to be at ease with themselves but are drop-dead gorgeous at the same time? Has it blown your mind to think how EFFORTLESS it is for some women to be themselves while attracting men left and right??

Are they just blessed with dumb luck, or are they onto something you’re not?

Let’s tackle a few basic traits that generate surefire attraction with the opposite sex:

An irresistible woman knows that she’s worthy enough of a man’s time, affection, and most of all, RESPECT. She never seeks out a man because she feels like a relationship will save her.

In fact, her life is so complete that she doesn’t need a guy to fix her or make her whole. A sassy woman is perfectly fine being single for the moment because she knows that Mr. Right will come along in due time.

There isn’t any need to go into a panic or lower your standards just to make room for a guy who won’t treat you the way you should be. More importantly, you don’t try attracting a man out of DESPERATION, because that isn’t exactly an endearing quality.

It’s absolutely essential to be a self-referenced woman who doesn’t seek a man out of social pressure. She allows a man into her life because he makes her happy and adds to her personal growth.

Her relationship doesn’t define her life, but rather enriches it. The problem with a lot of women is that they often date a man for the former reason and not the latter.

As a result, they’ll act needy and clingy because they’re deathly afraid of being alone, even if it means lowering their standards and putting up with any guy that comes along.

Acting out of FEAR is never the basis for a healthy, long-term relationship.

Simply put, self-respect is garnished by placing value on yourself, and that in turn will prompt a quality man to treat you in the same manner. Otherwise, an attractive woman has no problems showing him the door and moving on with her life.

The folly of manipulating a guy is that whatever happiness you’ll get out of toying with his mind will be SHORT-LIVED. Once you’ve dealt him your best cards and he’s given up chasing after you, then there won’t be much reason to stick around.

So don’t bother adhering to a bunch of stupid rules. There’s plenty of harmful advice floating out there which are usually created out of specific experiences that don’t apply to everyone. You might hear that you should NEVER kiss on a first date, or that you must go to bed with him on the third one.

Please, these so-called rules are made by bitter and jaded people who want to protect themselves from getting burned again. Following these will only result in game-playing, and that is just another word for “manipulation”.

As I’ve just said, deception has no place in a healthy relationship, and anything based on a lie is bound to crumble in the future. That’s why it’s more important to be a balanced woman instead. That means no playing “hard to get”, nor should you present him with absolutely no challenge at all.

An attractive woman is who she is partly because she knows how to strike the middle ground: she doesn’t mess with a man’s head, but neither is she easily won over.

You know, a lot of relationship problems are caused by having unrealistic standards. When you get caught up in fantasizing about IMPOSSIBLE stereotypes, you’re keeping quality men out of your life.

That’s because NONE of them will be able to measure up to the ideal (read: ridiculously perfect) man living inside that fantasy world of yours! Seriously, you should learn to temper your expectations with a sense of practicality.

In a parallel universe, all of the men you’ll meet have big arms, ripped abs, stunning chiseled looks, and inexhaustible wealth. You might think that meeting ALL of those qualities are the ticket to a great relationship, but it’s so much more than that.

Ask yourself: will I be able to have a happy relationship if my man didn’t have (insert trait here)? If so, then you can either make your standards more realistic or cross out that specific item completely. If not, then keep it on your list and move on to your other standards.

Pare down your list and stick to the essentials. In twenty years from now, will a flawless physique still be important, as opposed to emotional maturity, faithfulness, or honesty? Think about that for a while.

You’re not living in a movie here – this is the real world you’re in. Don’t wait around for a valiant knight to come barging in and rescue you from the drudge of your daily life.

You’ll have to do that for yourself. That takes us to the next irresistible trait, which is to…