The 7 Deadly Sins of Love

The 7 Deadly Sins of Love 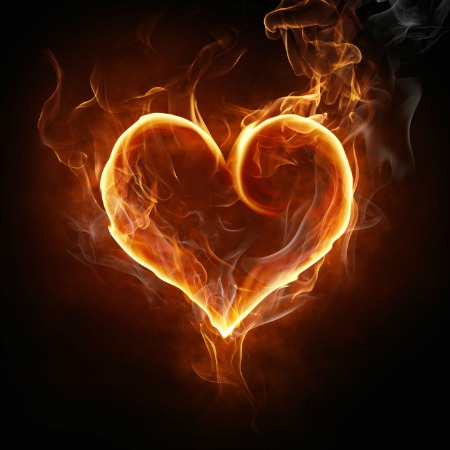 Despite our best efforts, we’ve all fallen victim to at least one deadly relationship sin at some point in our lives. After years of relationship counselling individuals and couples, Michael Fiore has been asked and answered a barrage of significant questions from thousands and thousands of people trying to work out their relationship issues.

Folks who desperately want their ex back . . .

Folks who desperately DON’T want their ex back . . .

Men desperate to get that one special woman to notice them . . .

Women desperate to be thought of as more than just a fling.

After spending YEARS answering these questions, he has noticed a pattern of bad behavior and toxic-attitude that comes up again and again (and again.) Based on those patterns and behaviors, Fiore lays out what he calls The 7 Deadly Sins of Love.

Curious to see how many you are guilty of? Let’s get to it!

Dr. John Gottman of the University of Washington (who’s brilliant) says that criticism is the gateway drug of a toxic relationship. (OK, he didn’t say it EXACTLY like that. But it’s what he meant.)

It’s when you drag your partner over the coals not just for their actions but for who they are.

“Dammit, Mark. You’re so inconsiderate. You knew I was here alone and you didn’t even call me. What kind of person are you?”

Criticism is TOXIC and has absolutely no place in a good relationship. Considerate communication is key here in speaking to your partner about what it is you don’t like.

A couple weeks ago I was out with a female friend.

We spotted a guy across the restaurant.

He’s about 40. Short. Successful. Forgettable. Having dinner with a light looking blonde with pneumatic bosoms.

My friend knows the guy from years back.

“Oh, man. Look, it’s Kyle. You know he actually has a curfew for his girlfriend? Whoever he’s dating has to be home by a certain time or he blows his lid. His ex girlfriend totally got him though. Turns out she had another sugar daddy in another state and when she was visiting her sick dad she was seeing him.”

Control is when you subtly or overtly try to control your partner’s behavior.

This can mean telling them when to be home, telling them how to dress, saying who they can or can’t hang out with (He says he can’t handle me hanging out with male friends.), treating your partner like a child who needs permission to do things or . . . you get the idea.

Controlling behavior is particularly scary because it’s way too easy for CONTROL to lead to ABUSE.

When I talk about this one, certain folks always say stuff like:

“Yeah, my girlfriend is totally dishonest. I told her I just want to look through her phone to make sure she’s not lying to me and she freaked out.”

But that’s not what I’m talking about at all. (In fact, that’s another type of controlling behavior.)

Overt lying in a relationship is obviously unhealthy, but it’s actually GOOD to keep some things to yourself.

What I’m talking about is lying about how you FEEL.

It’s way too easy to keep parroting words like “I love you” long after they lose all their juice and meaning because you feel like you should still feel that way or you don’t want to make waves.

So often I’ll get an email from a woman saying:

“I met this guy. He’s almost perfect! He fits 95% of what’s on my list and if I can just get him to grow three inches, I know we’ll be SO happy.” (OK, extreme example.)

And then they absolutely sabotage what could have been a great relationship by focusing all of their time and energy on what’s WRONG with a guy (or woman) instead of what’s RIGHT with them.