Why Awesome Women Can and Should Play Hard to Get 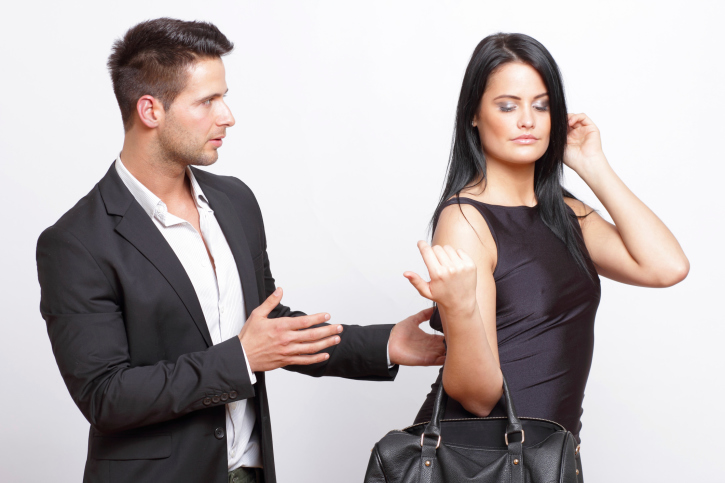 Dating is one of the most confusing things you can get yourself into. Right, ladies?

One of the most controversial topics where dating and games are concerned is whether or not women should “play hard to get.”

What Exactly Is Playing Hard to Get?

This might be the very first question you have on this matter. What is playing hard to get?

Basically, when a woman plays hard to get, she acts as if she’s uninterested in the man who may or may not be pursuing her. She might not respond to texts or calls or wait an extended period of time to respond.

But the classic art of playing hard to get also involves the flipside. For example, if a man asks you out, you might initially say no and then at the last minute text him and tell him you had a cancellation and you can go. Another example might be to innocently flirt with the waiter while on a date or not be “overenthusiastic” when talking with a potential date. You’re literally acting like you are … Hard. To. Get.

Alright. So you can obviously see how this can be construed as manipulative and not a good practice! When you are trying to find a solid, loving relationship, you should just be honest. Play it straight. Be yourself. Be forward.

Why Playing Hard to Get Is Not a Dirty Game

You may think that playing hard to get is one of those games that only snotty, hoity-toity women play to manipulate men and feel above others. Indeed, this can be true for some women.

But what we are going to be talking about here is not playing hard to get in this negative sense. And the reason for this is that sometimes, the opposite of playing hard to get shows up in women. In other words, some women will always act extremely eager when a man shows even the slightest bit of interest in them.

We want to say right off the bat that this is not bad. Being honest and true and real with whomever you’re with is a good thing. However, some women tend to be too willing to be friendly and inviting and warm to all men equally.

And the bottom line is let’s face it:

All men do not deserve to have a wonderful woman.

Some men? Yes. But not all.

In other words, playing hard to get can not only be construed as a manipulative, negative way of dating. It can also be seen in a positive light—as a way to show your self-confidence and high self-esteem because you are a valuable woman. Let’s take an example to show this.

Mary is a successful businesswoman. She owns her own condo and her own car. She has her finances in order. She takes care of her health by eating right and exercising regularly. She takes pride in her appearance, and she’s friendly and compassionate.

She’s got it going on, but she’s looking for someone to share her life with. So far, she’s been frustrated by the men she’s been dating. Dates in and of themselves have been few and far between, and she’s wondering when she’s going to meet Mr. Right. Then, one day a guy at work strikes up a conversation with her in the break room. They seem to hit it off, and he mentions they should get together sometime, but he leaves it at that and they both go home for the weekend.

As she drives home, she wonders what to do. Should she find his number in the company registry and send him a text message asking if he wants to get together that weekend? Should she bring the topic of a date up again with him the next time she sees him? Should she forget it?

What should Mary do?

Here’s where playing hard to get comes in. And as you’ll see, it’s very subtle. No, Mary should not pretend like the conversation never happened and act like she can’t even recognize this guy the next time she sees him. That is rude and uncalled for. But, she should resist her instinct to find his number and contact him right away.

Because she is a wonderful woman, and any man would be lucky to have her. When she acts really available by taking her own valuable time to search for his number to send him a long, awkward text, she is lowering her value both in her own eyes and his eyes.

This man suggested the date, so he can take the time to ask her. And if he doesn’t, Mary shouldn’t feel like she needs to ask him about it later or wonder forever what his deal was.

Nobody’s got time for that.

Furthermore, there is actually a psychological principal called the scarcity principle, which dictates that people want things that are rare and hard to get (difficult to obtain).

How to Use Psychology to Find the Love of Your Life

As you can see, sometimes knowing when to play hard to get and when to play it straight can be difficult. There are fine lines between feigning aloofness and just valuing your own self worth and wanting the best for you.

All of these fine lines can make it difficult to know how to navigate the dating and romance world. What helps?

If you know who you’ve got your eye on.

Is there a guy in your life who you’d love to get to know better? Or maybe the man you’re seeing is acting aloof himself, and you want to know how to reignite the flame. The Scarcity Principle and some smart hard to get play is a good place to start.

From there, we recommend Make Him Desire You. With this program, women have been finding out a wealth of information about the inner workings of men’s minds in order to help rekindle love or kindle it for the first time. It’s literally psychology that can improve your love life. And all we can say is—Who wouldn’t want that?