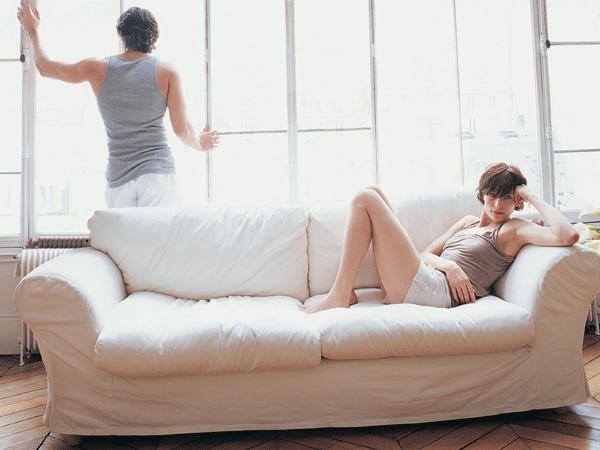 You can tell when a man loses interest.

Maybe the best way to describe it is this.

He’s with you, but his energy, passion, and interest seem to be somewhere else.

It hurts… especially when things felt so promising just a short time ago.

You felt the closeness.

You could tell he did too.

Well, to put it simply…

The pleasure of being loved faded for him.

In other words, he just wasn’t feeling it anymore.

And the reason is simple. There was a missing ingredient. An ingredient that makes him feel the pleasure of being loved.

Let me say that again, because I don’t want you to miss this…

There’s a missing ingredient that’s required for your man to feel the pleasure of being loved by you.

You see, men fall in love just like women do.

Men can also feel loved just like women do.

But the feeling fades quickly without this one missing ingredient.

Love is not pleasurable for a man UNLESS it’s combined with a second ingredient.

That second ingredient is vital if you want a man to love you.

In fact, without it…

• His heart will never truly be in it.
• He’ll eventually pull away…
• He may even love you, but still lose interest!
• And if you ask him why, he won’t even be able to explain it.

But with the missing ingredient…

• Your relationship will bring him pleasure unlike anything he’s felt before.
• He’ll feel intensely protective of you.
• He’ll feel a deep emotional bond with you.
• He’ll see you as the one.
• His heart will be truly in it. And he’ll be excited to show you that.

So what is this missing ingredient?

Simply put, he needs to believe you look up to him in some way.

You see, a man can’t picture himself with a woman who looks up to other men more than she looks up to him.

It deflates his ego.

It makes him interpret your love as motherly love. And that’s something he doesn’t want from the woman he will commit to.

What he truly wants, deep down, is for you to admire him.

He wants to feel that you respect him in a special sort of way.

Only then will he experience your love as the deep romantic kind of love you want him to feel.

And it’s because a man cannot feel loved if he doesn’t feel respected.

He can know in his mind that you love him. But he can’t feel it in his heart.

So the pleasure is missing.

Here’s why all of this happens.

When it comes to love, men get two feelings mixed up.

Now let me be clear about one thing. We’re talking about a subtle nuance of respect. A type of respect women could care less about. And since it doesn’t matter much to women, they barely notice its presence or absence.

That’s why most women don’t know how big of a deal this is to men.

The Real Reason Men Pull Away

When a man doesn’t feel this special kind of respect, all the pleasure of being loved is completely blocked.

He might go through the motions. Doing what he thinks he should do in a relationship…

But after a while, his heart just isn’t in it anymore. This is when you sense him pulling away.

And the most frustrating part is, he doesn’t even realize what’s happening!

He tells his guy friends, “I don’t know. I’m just not feeling it anymore.”

The reason he’s not “feeling it anymore” is simple. At least, it’s simple once you understand how the “in love” feeling gets blocked for a man.

And that’s the secret I want to share with you.

As you’ll see in the video, making a man feel this subtle form of respect is easy once you understand it.

All it takes is a simple shift in the words and phrases you use around him.

And the best part is, you’re telling the truth about the way you feel… the only difference is, you’re saying it in a way he can actually hear and understand.

You have to translate your feelings into a language he can hear. It’s a language with special powers. The power to bypass the barrier that blocks him from feeling your love.

I think if you pause to consider what I’m saying, you’ll recognize the truth in it. Because it’s a truth you already know on some level.

After years of interacting with men, you’ve probably picked up on certain things.

Some of them may not be things anyone has ever told you directly. Well, as a man and as a professional relationship coach, I’m going to tell you directly.

Feeling admired is one of the deepest pleasures a man experiences with a woman he loves.

To unlock his deepest desire for passion and commitment, you must learn to trigger this intense form of pleasure.

Fortunately, it’s easy once you have the right key.

Remember, that key is respect. It unlocks his ability to feel loved.

The best part is, that key is something you can claim as your own.

You can tuck it in your pocket and use it any time you want to create pleasure for the man in your life.

I’d like to show you how to use that key to the fullest, so you can reach into his heart at a deeper level than he has ever experienced with any other woman. He’ll experience a pleasure with you unlike anything he has ever felt before. And you can do it all with the method I’d like to share with you here.

Click here now to discover what men secretly want. And let me show you how to be the first woman in his life to give it to him.