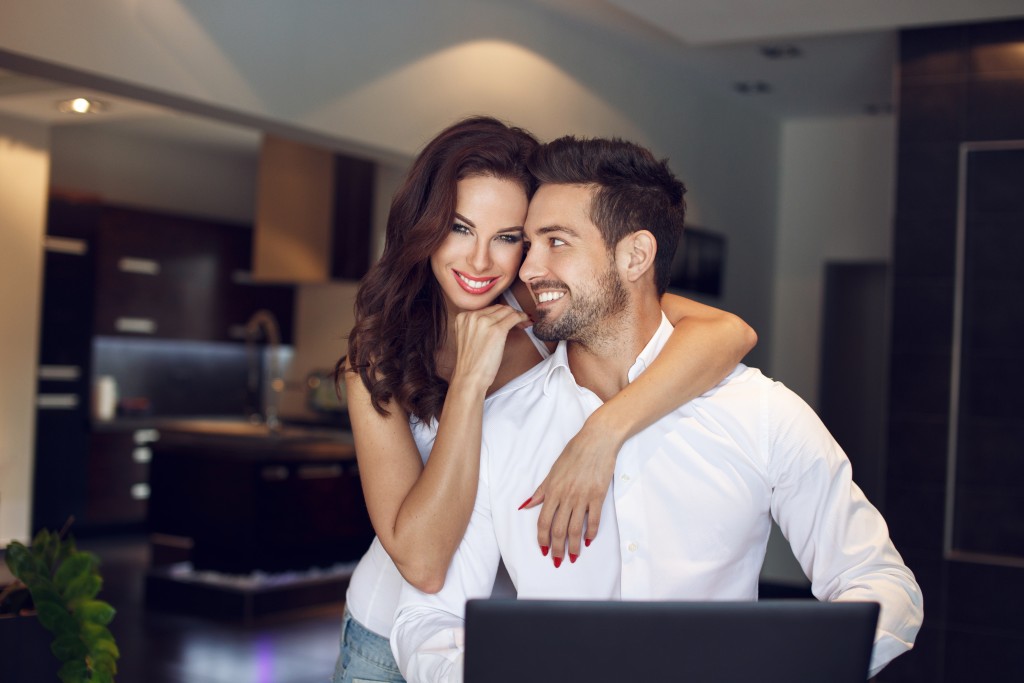 Most women do 3 things when they want to attract the attention of a man.

Ladies, this isn’t the way to do it.

This … is overkill. It’s obvious. It’s going to ruin your chances.

The real techniques you need to make him want and desire you might, actually … sound sort of odd.

10 Unexpected Things That Will Make Him Need to Have You

Yep. Men love a girl in sweats, er, make it leggings, actually! Regardless of the exact wardrobe, dressing down in front of a man isn’t always a bad thing. Messy bun with a chunky sweater, just some chapstick and a little mascara… These clothes are casual and comfy, and trust us, he’ll like that look on you.

Women often think that men want to see bubbly, giggling girls laughing at their every quip and fawning over their words. But men actually find strength attractive, especially when you can focus it on something you’re passionate about. Do you two work together? Don’t get obsessed with that “men like a girl who smiles!” thing. Put your game face on, and he’ll find it sexy.

Oldest trick in the book. Okay, but not a trick. This one’s for real. Too many modern women think that putting out equals love and devotion. You’re too valuable for that! Hold off for a while until you feel he’s earned it, and he’ll respect you for it. Plus, he’ll think you’re a pretty tough, sexy broad who gets her way.

This one’s physical. Guys get real excited by touch (hey, women do too!), and there’s something about it being sort of nonchalant that really thrills them. So the next time you’re sitting near this guy, just sort of lean across him to grab something, or lean in and press on his lap for a second to see something he’s trying to show you on his phone. The key is to put pressure on his lap, er… and we think you get why.

We don’t advocate playing games, so that’s not what we’re talking about here. What we mean by showing interest in another guy is … just don’t hide that you’re “looking.” If this guy you want to want you is someone you’re hoping to get to know better, maybe canoodle with a little … we hope you’re looking elsewhere too! That’s the whole point of DATING, right? Sooo, it’s ok to be open about that. And when you are… trust us, he’ll take notice, and he’ll sense that competition, and it will drive him wild.

Again, being shy is often seen as negative. But hey, some people are shy, and it’s not a bad thing. Basically with this one, be shy … don’t be shy … whatever you want. The point is, be yourself. Don’t drink too much when you’re together so as to get over your shyness or close your mouth when you have an opinion on something just to be seen as non-confrontational. Be natural. Pretend you’re with your best girlfriend and be cool.

You don’t care if people like you. Ugh it’s hard actually believe that even if you say it convincingly, right? But seriously think about someone who doesn’t give a crap what other people think. How cool are they? You can be that cool too. This doesn’t mean you should be mean or rude, just grow some self confidence and be proud of who you are and your decisions. It looks good on ya.

Yep. Be a nerd. He’ll think it’s cute and sexy. And he’ll especially be smitten by it if it’s something he’s interested in too. We’re not suggesting you take on his identity so he’ll like you, but a little learnin’ never hurt anyone. First of all, read. Everyone likes people who read. Secondly, do your research. If you like sports but don’t know a lot about baseball and he likes the Yankees … get a few stats under your belt and sneak ‘em into conversation.

Again, put your game face on. If you work together, go for the gold. Raise your hand in meetings, suggest your own ideas, don’t be afraid to take a chance. If you only know each other socially, when you two talk, speak passionately about your work or a project you have going on. That’s respect worthy, and he’ll dig it.

Guys hate games, so that’s not what we’re getting at here. What we mean by being “hard to get” is that you hold yourself to high standards. Just any guy on the street is not going to be able to have you. They can’t have you because you’re hard to get. Get it? Its not a game, it’s real.

When you do and say what a high standards woman does, this will trigger his animal instincts. He’ll want you because he knows he might have to fight to get you.

So the question becomes: How do you convey the message that you are a valued woman who he would be lucky to have?

Answer: The Make Him Desire You way.

The Make Him Desire You program teaches you what you need to say, do, and convey in order to make him feel impulsive love for you. It’s proven to work, and it was made by a man, so you know it will work.

But watch out! His reaction is going to be extremely intense if you combine this program with the other tips. In other words … whatever man you have fallen for … whatever man you want to grab the attention of … make sure he’s The One.

Because with this advice, he’ll definitely be yours for years to come.